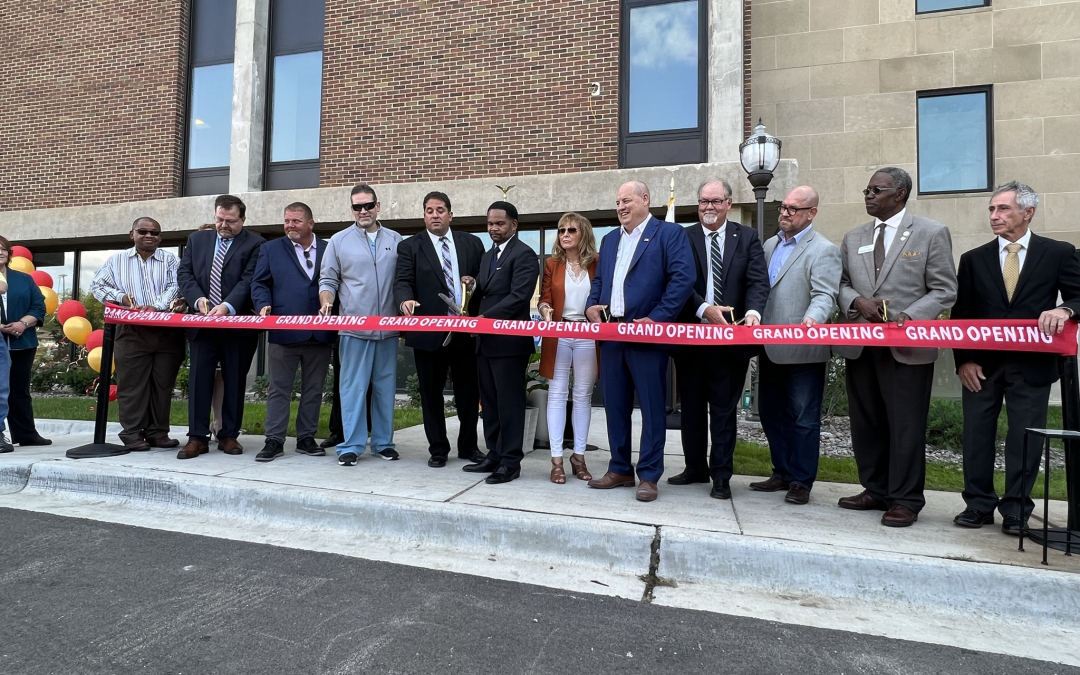 After several years in the making, Weston Bridges celebrated its ribbon cutting on Tuesday, September 13th. The facility, which is a residential center for adults with cognitive challenges, has officially moved into its space at the Old Copley Hospital building and is already improving the lives of others.

The nine-acre property sat abandoned for nearly three decades and was previously home to crime, blight, and unsafe conditions for local residents. The campus, now known as Bloomhaven, is a community resource that includes medical offices, a retirement and assisted living facility, a park, and more.

Along with Fox Valley Developers, Konrad Construction, and countless other partners, Kluber Architects + Engineers has worked diligently on the redesign of this once-abandoned property. Over the coming months, the rest of the Bloomhaven campus will open its doors and provide value to the community.